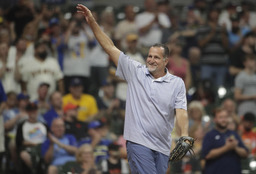 "It's been a great ride," Sedar said Monday in a statement. "Being able to spend 30 years with one organization is something I will always cherish. I appreciate everyone who has been there for me and helped along the way. I wish the organization the best going forward. They are in great hands. Most of all, I will miss the best fans in sports."

Before beginning his coaching career, Sedar was a minor league outfielder for eight seasons in the Chicago White Sox organization.